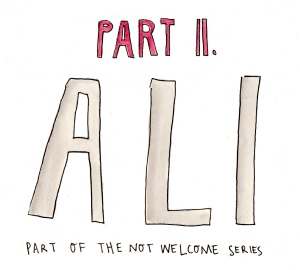 This story is part of an ongoing series that explores the lives of people from Syria, Iran, Sudan, Libya, Somalia, Yemen and Iraq who were affected by Donald Trump’s executive order. Learn more about Not Welcome and read other stories here.

ACCORDING TO WIKIPEDIA, the Orontes River slithers out of Lebanon’s Beqqa Valley like a giant snake of silt and water.

By the time it reaches the city of Homs, in southwestern Syria, it has crawled its way across national borders, cut through endless olive groves, and squeezed past an ancient dam.

For someone casually reading about it, the river may seem like another remote body of water cutting across a scenic landscape, but if you hear Ali talk about it, you’ll know that the Asi – as it’s known in Arabic – is much more than just that.

For him, the river has turned into symbol, an image of simpler times when endless summer swims – not war – dominated his life.

“كانت جنة,” Ali says as he remembers those days.  “It was paradise,” Barbar translates. 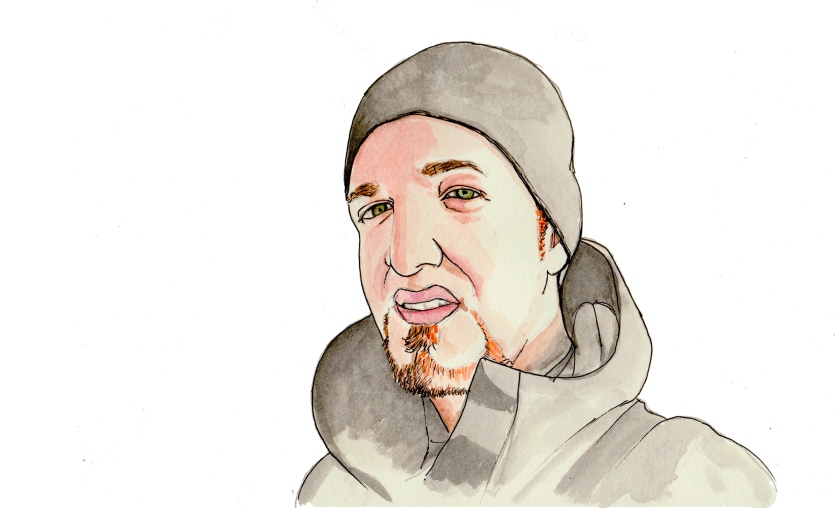 I MEET UP WITH ALI IN A CHINESE RESTAURANT in Vancouver’s West End. Our mutual Lebanese friend Barbar Moawad, is also with us, sipping on tea and ready to translate whenever the language barrier between us becomes too big of a hurdle.

The conversation is friendly and informal, and I quickly notice that the three of us have a lot in common: we’re all immigrants in our late twenties, and we’re all at this restaurant thanks to Canada’s welcoming immigration policies, which have allowed us to make a new home in this beautiful corner of the universe.

As we speak, it’s clear that we’re all appreciative for the opportunities Canada has given us, but Ali is definitively the most vocal.

“I am very thankful for everything Canada has done for me,” he tells me, relying on Barbar for a little help. “Everyone has been extremely nice to me, and the government has given me more support than I ever could have asked for.”

Ali’s gratitude towards Canada is not unique: he shares it with at least 40,081 other Syrians, who in the past year and a half have been able to escape war and hardship thanks to Canada’s comprehensive refugee program.

The program has not only allowed him to become a permanent resident in Canada, but has also given him the chance to learn English, start working, and finally begin enjoying some stability after five tough years.

“What else could I ask for?” Ali says as a Chinese waitress brings our stir-fried noodles to the table. “Canada has given me the opportunity to remake my life and start over.”

As we start eating the noodles, I can’t help but think of all of the things that Ali has had to overcome to get here – war, exile, extreme uncertainty – and I too am overcome with gratitude towards the country that let him have a second chance.

And then my mind pivots, and I can’t stop thinking of the people who won’t be able to have that second chance because of what’s happening just south of the border.

WHILE ALI AND OTHER SYRIAN REFUGEES have received nothing but support from Canadian authorities, things in the United States are shaping up quite differently.

Only seven days into his presidency, Donald Trump signed an executive order banning anyone from Syria, Iran, Sudan, Libya, Somalia, Yemen or Iraq from entering the United States for 120 days, while also putting a temporary halt on the Syrian refugee program. While a court order has temporarily lifted the ban, the White House is getting ready to present a new set of guidelines for the ban at some point next week.

For Ali, Trump is making “a big mistake” by banning Syrian refugees from entering the United States, as the decision will undoubtedly affect thousands of people who were already in the process of receiving refugee status to enter the United States.

“I’m happy in Canada, so for me it’s not important if I can’t get in to the US, but it is people who have already been promised refuge there that I think about. They have been waiting for months and months and now they don’t know where they are going to end up.”

To him, Trump’s ban is not only unfair; it’s also absurd.

“Why is he worried about Syrians? We are nice, helpful people,” he says. “We are victims of this whole war.”

BEFORE WAR BROKE OUT IN SYRIA, Ali was a university student in Homs who felt as in control of his future as any person in his early 20s.

“I wanted to be an electrical engineer, but my grades in High School weren’t good enough, so I ended up studying to be a teacher,” he says.

Even though teaching wasn’t his top career choice, he was excited to get the degree, and imagined his life after school: owning a house and maybe a farm on the outskirts of the city.

But when government forces and a number of armed groups began fighting in 2011, the situation in Homs quickly deteriorated, and Ali’s life changed radically. The then-21 year old was forced to drop out of school, flee Homs, and begin an exodus that took him to different cities throughout his home country, finally forcing him to make his way across the border into Lebanon.

There, he spent two years living as a refugee.

“Life was difficult in Lebanon. There were no jobs, no good housing, no health care,” he remembers. Plus, part of his family stayed in Syria, and the situation was only getting worse.

That’s when Ali realized that he needed to drastically change his life, and began the exhaustive vetting process that finally allowed him to come to Canada. The process, which was conducted by both the UN and the Canadian embassy, involved thorough interviews, extensive background checks, and long processing times.

Although getting the approval wasn’t easy, Ali says that it was worth the effort. In January of 2016, after a year and a half of waiting, Ali and hundreds of other refugees landed in Montreal, where he spent his first five days before coming to Vancouver.

“When I first arrived I was so scared that I wanted to go back to Syria!” he remembers. “But now I really like Vancouver. It’s beautiful.”

Nearly a year after arriving, Ali’s English is steadily improving thanks to a scholarship he got at the International Language Academy of Canada, and he’s working part-time as a cook at a Palestinian restaurant in East Vancouver. He has also come to love Chinese food, and is able to finally start thinking about the future again.

“Hopefully the situation will get better in Syria and I’ll be able to go visit my mom and my sister,” Ali says. “But my plan is to stay here. I want to get married, get a good job, and buy a house somewhere in Canada.”

Those dreams may still be years away, but Ali is glad to be working towards them. In the meantime, he’s slowly building a life for himself in Vancouver, and looking to give back to the country he now calls home.

“For now, all I can do is thank Canadians for the opportunity they gave me by learning English, working hard and paying taxes.”